Anti-corruption laws in China: An Overview

President Xi Jinping has been leading an anti-corruption campaign in China with a view to dealing with public sector officials who have been involved in corruption.

Upon taking up office, Xi announced a crackdown on high ranking officials and civil servants alike and to take away the unwritten immunity that members of the Politburo Standing Committee hold. He implemented anti-corruption laws in order to stop bribery of political officials; an action that has seen private companies affected too.

Under the Criminal Law of the People's Republic of China, active and passive corruption, as well as money laundering and extortion, have become criminalised in the public sector. This includes bribery of foreign government officials and officials of international public organisations.

One of the ways in which these laws could affect businesses is through China's long tradition of gift giving, called Guan Xi, which takes place in all kinds of business transactions. 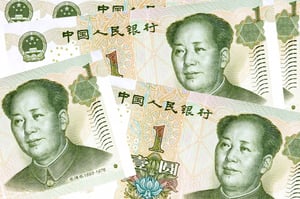 Businesses should be careful about engaging in this practice as it could potentially fall out of line with anti-corruption laws. The reason why this has come under scrutiny is due to the fact that a number of businesses have used Guan Xi as a way to bribe government officials to do things like register businesses or grant licenses to pollute.

To ensure a gift is compliant, its type and value should be considered as well as the business relationship with the recipient. Businesses may also wish to have compliance and due diligence practices in place for doing business in China so that they can ensure no staff members are engaged in illegal bribery.

In terms of the effect that these laws will have on the economy, some feel that this will ensure a more sustainable growth path for China and ensure that the Communist Party operates more fairly.

So far, there have been signs that Xi has made good on his promise to crack down on corruption, with 182,000 officials investigated and punished nationwide in 2013. Big businesses have also been accused of corrupt practices, such as when GSK was embroiled in a bribery scandal.

If you are interested in working or manufacturing in China, get in touch with our team. Our experts can help you source what you need from China or simply advise you on your next steps in Chinese manufacturing.